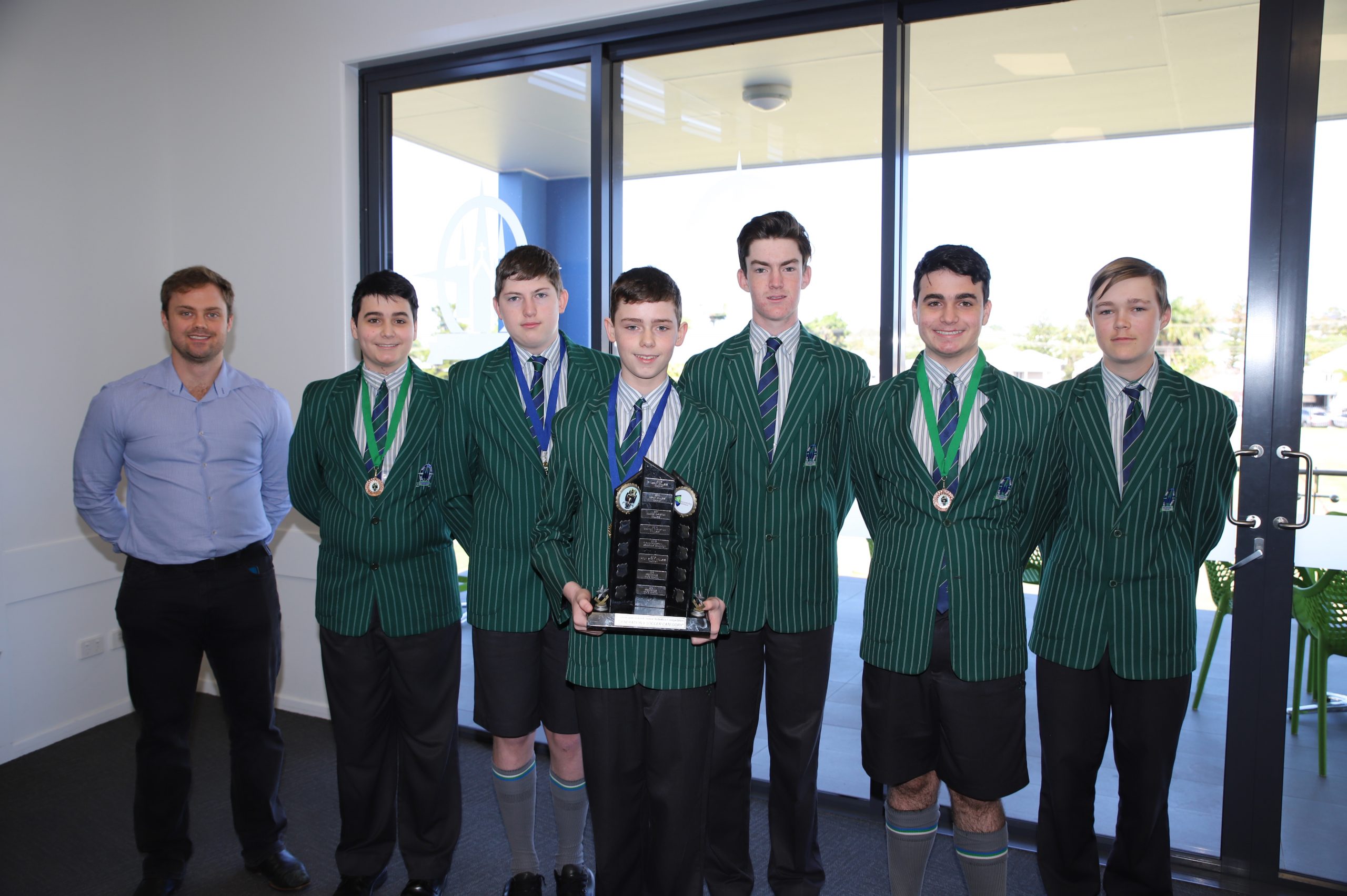 Teams from The Cathedral College Robotics Club won the Soccer championship and placed third in the Rescue mission at the CQUniversity Junior Robotics Competition which attracted schools from across Central Queensland and beyond, as far south as Caboolture.

The competition, which was fierce and intense brought together the best brains in school robotics for a day of competition highly anticipated following the cancellation of last year’s event.

Deadlocked at 3 all in the Soccer final, the team’s fast thinking and flexibility prevailed.

The College’s STEM Coordinator Mr Fred Olsson said by solving technical problems and improving their coding when circumstances changed they clinched the win to score another two goals in over time.

“It was very nerve wracking, but they were amazing under pressure” he said.

Over the past 18 months The Cathedral College Robotics Club have been tinkering, designing and refining their Robots in preparation for the competition. The club, an initiative of Colby Grieves, a Year 8 student at the time, was formed at the start of 2020 through the support of Academic Dean of Business and Information Technology Miss Karen McCall and the College’s P&F association.

Run by the IT Support Staff member Mr David Arnold the club meets weekly after school and is a hive of activity with students engaged in learning in a fun and interactive way forming friendships and creating memories.